The Orthodox Church in Cumbria follows the ancient

Living Tradition of the Saints.

since the second century after Christ.

There are also several

available here to support your journey. 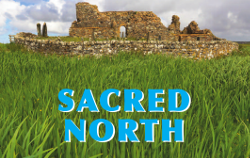 The Parish of St Bega, St Mungo and St Herbert in Keswick

The Orthodox Church was formerly the Old Methodist Chapel. 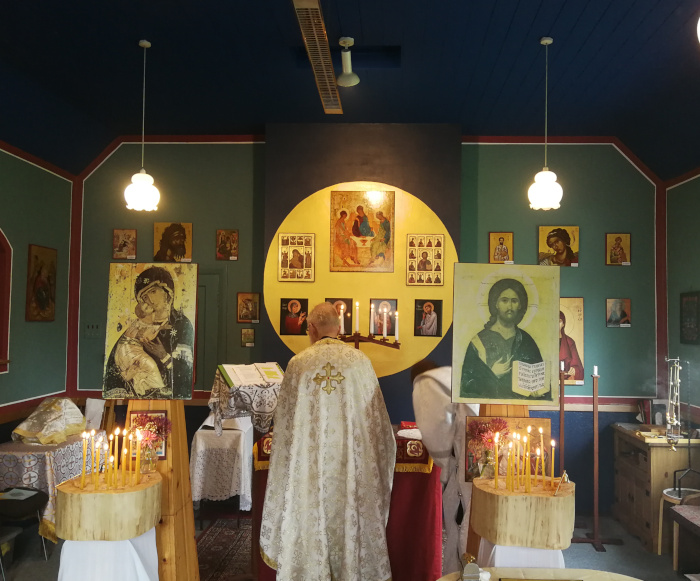 The clergy are usually on-site from about 9am, and the Proskomedia is usually served about 10am.

PLEASE DO NOT PARK ON THE GRASS.

It causes real distress to the local residents.

Some of Fr John’s sermons are on YouTube.   Read the letter of Archbishop Nikitas welcoming us under his omophorion.

Our parish is quite young, having been formed a few years ago when Fr John and his wife Jenny moved to Keswick. Our parishioners come from many orthodox traditions, including Greek, Cypriot, Russian, Ukrainian, Romanian, as well as native British who have joined the orthodox communion. We do not represent any particular ethnicity but aim to present and support the ancient orthodox christian heritage for everyone.

If you are Orthodox, you will fit right in; if you are interested in Orthodoxy or if you would just like to join us for a service to see what we do, you will be warmly welcomed. We are familiy-friendly too.

We belong to the Deanery of Great Britain and Ireland, Now part of the Archdiocese of Thyateira and Great Bririan.
We are part of the Ecumentical Patriarchate. (but we celebate in English, not Greek or Slavonic)

The Late Archbishop Gabriel of Comana of Blessed Memory(behind the Icon of our Lord), his Heirodeacon Father Athanaz (in black cassock), our priests Fathers John and the late Father Anthony (back to us), with visiting priest Father Christopher Wallace prepare before the Hierarchical Divine Liturgy, 6th May, 2012.